We are on the hunt for a cure. 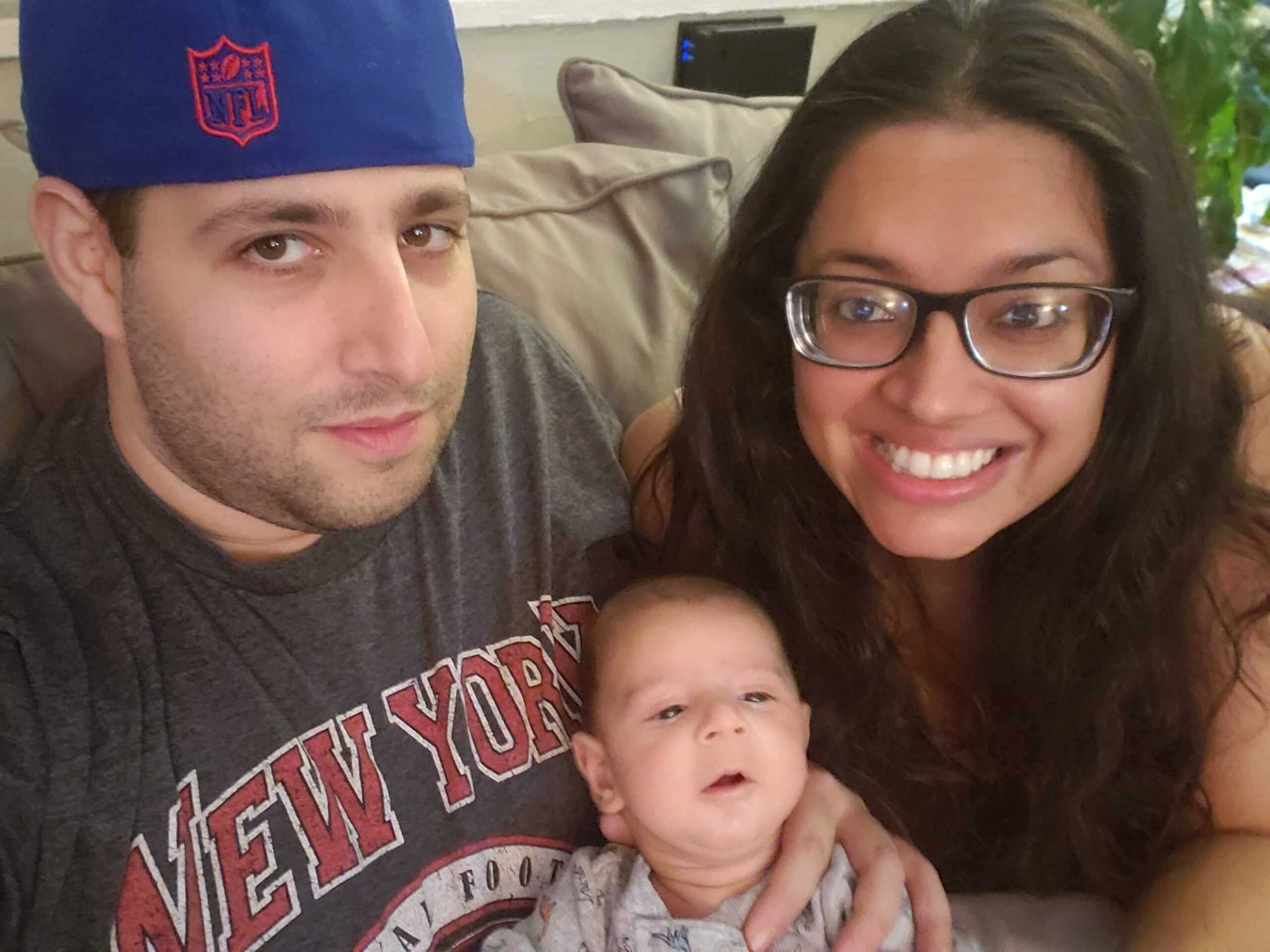 We are a family of three. Our names are Gurjot “Jo” Kaur and Richard “Richie” DiGeorge, and we are the proud parents of Riaan, a beautiful, delightful, smart, funny, and quite adorable little boy, who loves to be read to, and whose smiles and laughter can charm the world. Riaan’s favorite books include The Pigeon Finds a Hot Dog, I Love You, Daddy, and The Pigeon Loves Things That Go. It is quite possible he is a secret fan of pigeons (and daddies). Riaan descends from Punjabi-Sikhs on his mom’s side and an Italian-Jewish family on his dad’s side. Riaan is our first and only child, our beautiful blessing.

Unfortunately, we were horrified to learn that right around the time most other children excitedly begin elementary school, our sweet Riaan may face the end of his life.

On March 12, 2021, Riaan was diagnosed with Cockayne Syndrome Type II, a fatal and devastating hereditary autosomal recessive disorder. Riaan has the most severe type, with an average life expectancy of five years.

That's all we heard. But we weren't going to accept the narrative.

Cockayne Syndrome is a complex multi-system disorder representing a failure in DNA transcription and repair.

The disease has a relentless and vicious pathogenesis, causing neurodegeneration, vision and hearing loss, global developmental delays, growth failures, ataxia, and tremors. It is also ultra-rare, impacting a few hundred children and adults worldwide. Children with Cockayne Syndrome tend to die from respiratory ailments and/or kidney failure. There are no known treatments or therapies.

Our Scientific Advisory Board 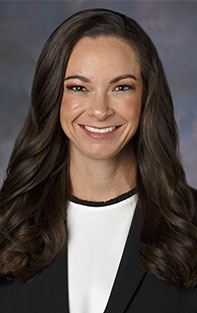 Dr. Allison M. Bradbury, MS, PhD is an assistant professor in the Department of Pediatrics at The Ohio State University and a principal investigator in the Center for Gene Therapy at the Abigail Wexner Research Institute. Dr.Bradbury earned her PhD in Biomedical Sciences from Auburn University with her doctoral research focused on development of adeno-associated virus (AAV) gene therapy for the GM2 gangliosidoses (Tay-Sachs and Sandhoff diseases), which is currently in human clinical trials. Her postdoctoral research was performed at the University of Pennsylvania, where she was awarded a NIH NRSA Postdoctoral Research Fellowship. During this time, Dr. Bradbury evaluated disease mechanisms and developed gene therapy approaches for globoid cell leukodystrophy, also known as Krabbe Disease. She received the NIH Pathway to Independence award (K99/R00) and joined the Center for Gene Therapy at Nationwide Children's Hospital in January 2020.

The Bradbury Laboratory is dedicated to understanding disease mechanisms and developing therapeutic approaches for rare, pediatric neurodegenerative disorders. Advances in adeno-associated virus (AAV) vectors have led to safer and more efficient viral vehicles to deliver therapeutic transgenes in a single injection, and gene therapy is now a favorable therapeutic intervention for monogenic diseases. A primary focus of the Bradbury lab is improving AAV targeting of myelinating cells, a current limitation of AAV, in order to advance therapeutic outcomes for leukodystrophies and other white matter disorders. The Bradbury lab is translational in nature with a commitment to safety and efficiently moving therapies into the clinic for rare, pediatric disorders. 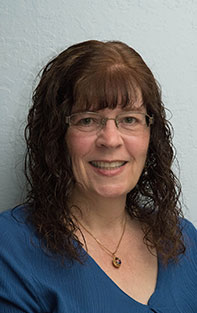 Dr. Natale has been studying DNA repair disorders for nearly 20 years. Her work centers on using data to understand why problems happen in these diseases, and on defining differences in severity in Cockayne syndrome, trichothiodystrophy, and ataxia telangiectasia. She is currently leading an effort to create software that will allow users to analyze causes and effects in these rare diseases. She obtained a Master’s degree from Trinity College, Dublin, and a Ph.D. from the University of Bern. She works for the Forgotten Diseases Research Foundation. 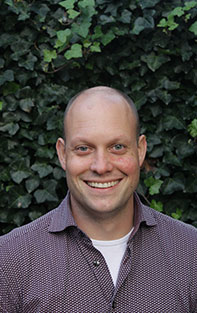 Dr. Martijn Luijsterburg is one of the world's foremost experts on the molecular aspects of Cockayne Syndrome, and other DNA repair disorders. Dr. Luijsterburg received his Ph.D. in Cell Biology from the University of Amsterdam where he studied how DNA repair complexes involved in nucleotide excision repair assemble and function at sites of DNA damage. Dr. Luijsterburg currently works as an associate professor at Leiden University Medical Center, and runs a DNA repair lab at the Department of Human Genetics under a prestigious LUMC Research Fellowship and NWO-VIDI grant. The Luijsterburg lab investigates mechanisms in transcription-coupled DNA repair using genome-wide genetics, genomics and proteomic approaches. The lab aims to increase fundamental knowledge about how cells deal with obstacles caused by DNA damage during transcription, and to understand how – if this process fails – it can cause human diseases like Cockayne Syndrome. In 2021, Dr. Luijsterburg's group, by examining 20,000 genes, one by one, discovered a new DNA repair protein called ELOF1, and published their findings in Nature Cell Biology.

Dr. Luijsterburg completed his post-doctoral fellowship at the Karolinska Institute in Stockholm for which he received long-term fellowships from the Netherlands Organization for Scientific Research (NWO-Rubicon) and the European Molecular Biology Organization (EMBO). His research at the Karolinska Institute focused on elucidating the role of ubiquitin ligases during DNA double-strand break repair and nucleotide excision repair. In 2020, Dr. Luijsterburg was selected as an EMBO young investigator for his work leading the next generation of life scientists, and for his demonstrated excellence and commitment to advancing scientific research. Dr. Luijsterburg lives in the Netherlands with his family, and is also an advisor for the Cockayne Syndrome UK-based support group Amy and Friends. 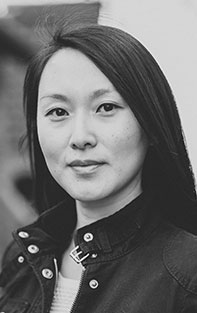 Dr. Karen Jiang is an attending physician in the Department of Medicine at Brigham and Women's Hospital/Brigham Women's Faulkner Hospital in Boston, MA, and an instructor at Harvard Medical School. She completed her internal medicine residency training at Boston Medical Center, and has an extensive background in molecular biology research, including studying fasting and ageing in C.elegans at the Naar Lab at Massachusetts General Hospital Cancer Center. She obtained her medical degree from the University of Massachusetts Medical School, and her Bachelor of Science degree in Biology and Biochemistry from Brandeis University. Dr. Jiang is also a mom of twins with Cockayne Syndrome, and is committed to finding a cure. 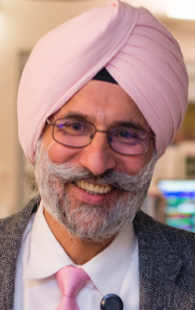 Dr. Kanwaljeet Singh (“Sunny”) Anand is an award-winning physician, translational research scientist, child health advocate, and public health activist who is dedicated to improving the care of children in infancy and childhood.  He currently serves on the Nominating Committee for the Nobel Prize in Medicine or Physiology, and is the Professor of Pediatrics & Anesthesiology at Stanford University.

Dr. Anand’s career has been dedicated to eliminating the experiences of pain, stress, and trauma from the lives of infants and young children. His early research led to the discovery of pain in newborns, revolutionizing the practice of anesthesia and analgesia in infancy. Dr. Anand is a recipient of the 2009 Rosen von Rosenstein Award,  a recognition given to the world's most distinguished pediatricians and awarded by the University of Uppsala, Sweden.

At Stanford, Dr. Anand also directs the Pain/Stress Neurobiology Laboratory and the Jackson Vaughan Research Fund. His research on biomarkers seeks to reduce the chronic stress and social isolation experienced by children.  He has served on several NIH Study Sections, the American Board of Pediatrics, and the FDA Advisory Council for Anesthesia & Life-Saving Drugs.  He has published ~300 peer-reviewed articles in leading medical and scientific journals, edited 9 books/journal issues, and testified before the U.S. Supreme Court, the British Parliament, and U.S. House Committees. His work and advocacy were reported on CNN, BBC, MSNBC, ABC News, PBS, the New York Times, Washington Post, LA Times, Times of London, Daily Mail, Times of India, Hindustan Times, and other media outlets; and it was profiled in numerous books including Ghosts from the Nursery, Scared Sick, Life Before Birth, Infant Memory, Mama, and others. 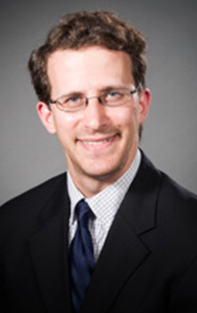 Dr. Hal R. Schwartzstein, DO specializes in pediatric ophthalmology and strabismus for Northwell Health and Cohen Children’s Medical Center of New York. He is also Assistant Professor of Ophthalmology and Pediatrics at Donald and Barbara Zucker School of Medicine at Hofstra/Northwell. Dr. Schwartzstein received his undergraduate degree from the University of Pennsylvania and attended A.T. Still University – Kirksville College of Osteopathic Medicine. He completed an ophthalmology residency at St. John’s Episcopal Hospital – South Shore. He also completed a Pediatric Ophthalmology and Strabismus fellowship at Northwestern University’s Ann and Robert H. Lurie Children’s Hospital of Chicago. He is board certified in ophthalmology.

During his time at the University of Pennsylvania, he worked and studied in the lab of Dr. Jean Bennett. There he learned about her studies on gene therapy using adenovirus associated viral vectors to treat one of the more common forms of retinitis pigmentosa (RPE65 gene mutation). He has won several awards on other topics for clinical research presentations at national meetings and published articles in peer-reviewed journals. 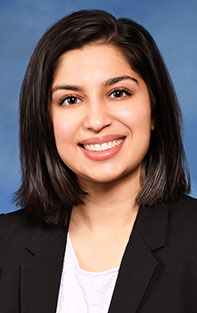 Dr. Amita Ghuman is an attending pediatrician in the Howard County General Hospital Pediatric Emergency Room, affiliated with Johns Hopkins, in Columbia, MD, and a part time instructor in pediatrics at the Johns Hopkins University in Baltimore, MD. Prior to this, she spent one year working as an oncology and bone marrow transplant hospital physician at the Children’s Hospital of Philadelphia in Philadelphia, PA where she managed complex critically ill children with cancer and bone marrow transplants. She completed her pediatrics residency at the University of Pittsburgh Medical Center Children’s Hospital of Pittsburgh in Pittsburgh, PA from 2016-2019. She obtained her medical degree and Bachelor of Science degree in Biology through a six-year accelerated B.S/M.D. program at Howard University in Washington D.C.

Riaan Research Initiative is dedicated to promoting and furthering translational scientific research to advance treatments for severe and life-limiting genetic disorders. We aim to identify and facilitate projects to improve the lives of patients suffering from genetic conditions lacking approved therapies. We strive to bring together disease and translational experts with each other and affected patients, fund novel and intelligent research projects aimed at accelerating and converting medical and technological advancements into treatment, and educate the public and medical community about relevant developments. We are also a proud member of the Global Genes’ RARE Foundation Alliance.

We are not okay with the status quo. We are not waiting for a treatment some day down the road, when it may be too late. We are going to fund, advocate for, and help accelerate the development of a treatment. We are choosing to fight, with all of the firepower in our arsenal. And thus, inspired by our brave, brilliant, and beautiful son, Riaan Research Initiative was born.